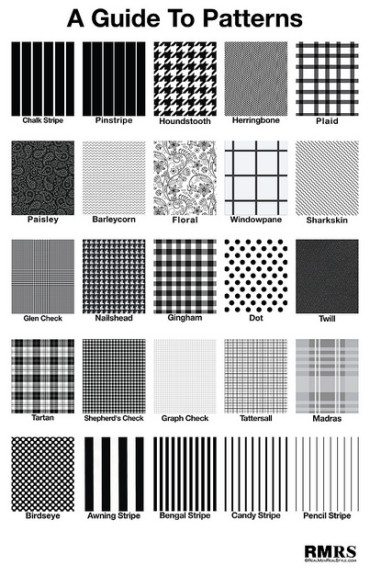 Now that we’ve mastered suit color and picked out the basic suits that should be in every mans wardrobe, it’s time to begin thinking about adding patterns to the mix.

Patterned fabrics help bring a breath of fresh air into what can otherwise be a somewhat stilted selection of suits.

The exception to this rule is the pinstripe, which in all but the most formal cases is on par with any other dark colored suit, and indeed forms an integral part of certain kinds of formalwear.

With that out of the way, the first pattern to consider is the stripe. Stripes on suits are always vertical, but come in a number of different styles. The first, foremost, and most classic is the pinstripe. 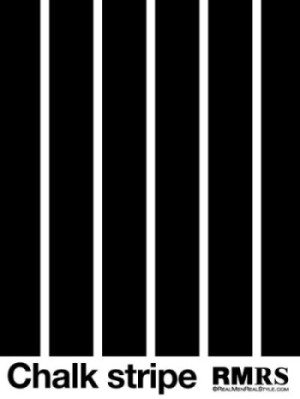 Pinstripes, as the name suggests, are very narrow though generally prominent stripes, most often in white, although gray is a not-uncommon choice, especially on dark gray or black suits.

Occasionally one will find stripes in other colors – pastels were in vogue for a time – though these suits will quickly become dated once the fad has passed.

Additionally, they limit the opportunities for wear, being both informal and somewhat more difficult to match with shirt and tie. A classic, white pinstripe never goes out of style.

These, and all stripes, help to make the wearer appear taller, as they draw the face upwards, and can make a heavyset man appear thinner, by breaking up and drawing attention away from the solid midsection. This is particularly true for thin, close set stripes like the pinstripe.

There are also other stripes, including the thicker chalk stripe, as an option for the gentleman’s wardrobe.

These stripes, which are generally set farther apart due to their greater width, are significantly less formal than the pinstripe, and while continuing to provide the appearance of increased height, are less appropriate for large men, as they can draw attention to ones girth. 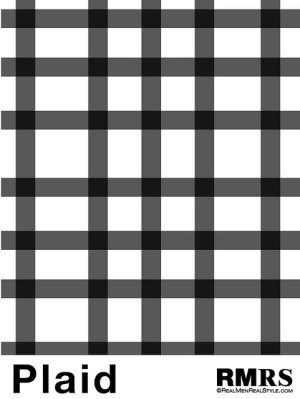 Moving on from the stripe is the check. Checks come in a number of different styles, though the best known among them is probably the plaid.

Plaid in American English is synonymous with tartan, the check patterns most closely associated with Scottish clans.

In British English, particularly in Scotland, plaid refers to a thick tartan cloth used both as a blanket and thrown over the shoulder when wearing a kilt.

What plaid is not synonymous with is check, which describes any fabric with crossing vertical and horizontal stripes.

With the exception of a legitimate Scottish tartan worn as part of a formal occasion, checks are always less formal than solids or stripes. 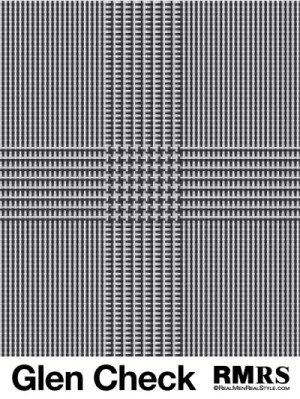 While tartans are arguably the most familiar checks to most individuals, Glen check is likely the most common for suits.

This check, often called Prince of Wales check, resembles a tartan, though it is primarily monochromatic.

It utilizes bands of vertical and horizontal stripes which, when viewed as a unit, create a wider check effect in the fabric.

Glen check has deep associations with the country and weekend wear – having been created for use by English nobles in Scotland who lacked a family tartan – though it is appropriate for most semi-formal occasions.

It may be frowned upon in certain professions with a particularly strict dress code, but should be an acceptable if not welcome divergence for most men.

Another check option is windowpane, a much more bold option where the stripes forming the check are far apart, creating a checkerboard effect.

Full windowpane suits are not frequently found anymore, though windowpane sports jackets may appear from time to time. A heavy dose of confidence and a certain amount of panache is required to carry off this kind of daring pattern. 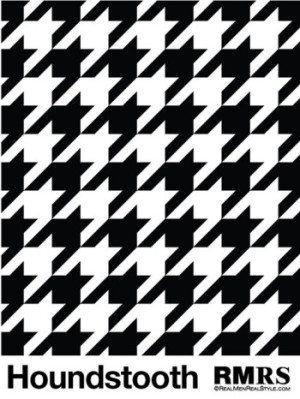 A more subtle option is the herringbone, a small arrow-shaped pattern most often found in heavy woven fabrics like tweed.

Herringbone, like Glen check, is an appropriate pattern for most occasions, though because it usually adorns heavy fabrics, it is most often found on winter and country suits.

Similar is houndstooth, which somewhat resembles a saw-blade, a pattern far more common on sports jackets than full suits.

Somewhere between solids and stripes in formality is bird’s eye or nailhead, which examined closely has the appearance of tiny dots of a lighter color on a darker background. 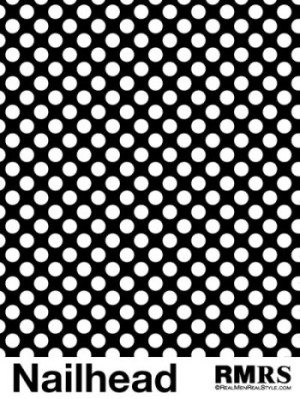 A bird’s eye suit generally appears as a solid somewhere in between the two colors, similar to the effect of an Oxford cloth shirt.

Nail-head is appropriate in any occasion where stripes would be, and can be substituted for solids on all but the most formal of occasions.

There are a number of other patterns – bolder varieties of check, diagonals, argyle, paisley, Madras – though they are not to be found on suits, at least not on suits worn by a gentleman.

These are things to be considered in the realm of shirts, ties, and socks, which will be taken up in future, along with the true pattern art-form: matching two or more.

What does windowpane suit mean?

Windowpane suit features a much more bold option where the stripes forming the check are far apart, creating a checkerboard effect. The pattern can also be thicker and bolder, which makes more of a power statement. Full windowpane suits are not frequently found anymore, though windowpane sports jackets may appear from time to time. A heavy dose of confidence and a certain amount of panache is required to carry off this kind of daring pattern.

How do I choose a suit style?

You're buying a suit for the first time. So not only does it have to fit you properly, it also has to represent you in the best possible light before you even start talking. That means having a solid grasp of the purpose behind your suit.

What is a birdseye suit?

A bird’s eye suit generally appears as a solid somewhere in between the two colors, similar to the effect of an Oxford cloth shirt.